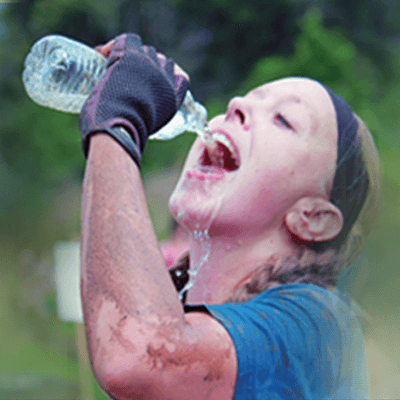 “Prior to my surgery, I was an active duty soldier in the United States Army, then later a reservist. I also became a mother at 22, which kept me on my toes at all times. So being active wasn’t an option, it was a lifestyle.

I started to have noticeable issues with my back at around 24 years old, which concerned me because nothing I was doing was “over doing it.” In fact, the first time my back problems began I was picking up an empty box off the floor. I felt a twinge and then couldn’t stand straight without my legs feeling like they were going to collapse under me. This continued off and on for years. I sought physical therapy, chiropractors and steroid injections to alleviate the pain. That’s when it came down to the surgery.

My story of becoming a tissue recipient began when I was 27 years old and had back surgery for degenerative disc disease. I had a posterior lateral arthrodesis L3 through S1 with Dynesys and a fusion of the L5-S1 vertebrae that required donor bone to allow for the fusion to work. It took months to fully recover, and now it has been 10 years since the surgery. My life went from never knowing if my back was going to go when I was picking up my son or having to avoid so many active things in life.

I am humbled by this gift. Because of the donor, I am thankful for each day I wake up free of back pain. I’ve been a registered donor for many years and will always advocate for people to donate. You never know whose life you’ll change but, for now, I’m the thankful one.”