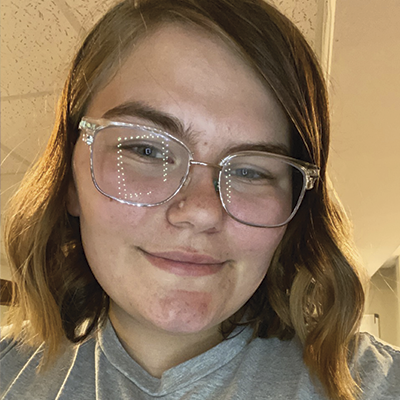 If you would have told me that at 20 years old I would be a tissue recipient five years ago, I probably would have laughed at you. At the time, I had no idea what tissue donors were, but thanks to a friend, who unfortunately passed in a tragic accident, I do know what being an organ and tissue donor means now. A year before I received my tissue donation, a friend passed away, he was 25 and saved so many lives. At that time I became passionate about organ donation. Little did I know that I would benefit from it almost exactly a year later.

In my junior year in high school, I went to step around a chair and my kneecap popped out of place. I went to the doctor and was told “It is very common for young girls and women to have kneecap problems. Especially with someone, like you, who can hyperextend your legs to -10 degrees. I’m just surprised that it didn’t happen long before this.” He gave me a prescription for physical therapy and I went–but this would not be my first round of therapy. Three more dislocations, and four rounds of therapy later, and I am to November of 2020. I was told the only way to fix the dislocation is to have surgery to repair the problem, an MRI confirmed what the doctors had suspected, my medial patella ligament looked like “hamburger.” My doctor said he had never seen a patella tendon that was this damaged.

After my surgery, I am able to do so much more. My life has changed drastically! I am not in constant pain or worry that my kneecap will slip out of place. I can be an active member of Marching Mizzou, the University of Missouri’s Marching Band, again without worry that something will happen. I am so thankful for my donor and their family. No amount of words can express my gratitude.