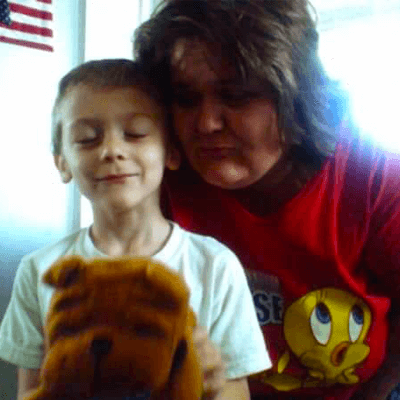 My beloved mother was always one to care for others and lend a helping hand. It has been 3 years since she passed away and it still seems like it was just yesterday.

My mother was born 3 months early, weighing in at around 2 pounds, so she was constantly in and out of the hospital. When she was young, she was always the one to help her siblings or rescue animals. Even though she was the second youngest of 6, she was known as the “caretaker” of the family. She loved her family fiercely and no one could come between them, especially my son (who is her only grandson) and I – we were the apples of her eye.

We loved watching medical/first-responder television dramas together. Because we had watched just about everyone ever made since the 1970s series, “Emergency!” we were aware of the importance of organ and tissue donation. We knew that even the smallest donation could make a huge impact on someone’s life. My mother and I believed that if we can help someone else after we die then we should do that.

She was a registered organ and tissue donor for as long as I can remember. I do not remember being told what was done with the donated tissue after my mother passed but that her organs were not viable. However, they were able to use her eyes and skin tissue. As long as she was able to help others in need I am satisfied because that is what she wanted.